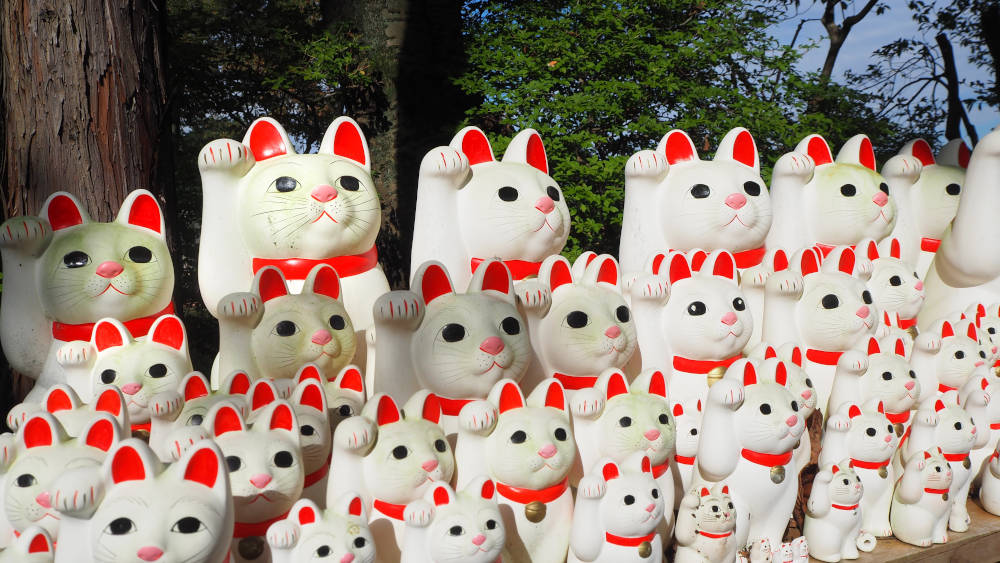 Manekineko are often displayed outside shops to invite business

Rainy Frog uses its expertise and knowledge of the Japanese market to give the best chance of success, carefully planning how to position and promote each game to Japanese consumers. Of course we think this is the best approach, but if you decide to go it alone here are a few tips to keep in mind.

If you look at the Japanese eShop you’ll notice that game titles of top selling games such as Dead Cells, Stardew Valley and Cuphead aren’t localized so you may wonder if it’s necessary, but it is. These three games are special cases, internationally acclaimed games benefiting from fantastic word-of-mouth, so they were likely to sell whatever the title. But for everyone else, every little helps and it starts with having the title in the local language. Japan is not like many European countries where English is commonly spoken. Yes people can read English pretty well in Japan, but having a title in Japanese is always going to be better when your game is not well known and is amoungst hundreds of other games. Even popular films such as Frozen and the titles of the Star Wars films are all localized into Japanese.

Following on from point 1, make a logo of the Japanese title.

Make sure you a) have a trailer and b) you localize it. Generally Japanese trailers are much more detailed and informative than western trailers, but anything is better than nothing. Here are some examples Rainy Frog’s Japanese trailers:

4. Explain what you do in the game

When preparing the trailer and product description it’s good to remember a previous post where I touched on how Japanese consumers want to know more about a game before they feel comfortable buying it. It’s better to write detailed descriptions and explain in the trailer what you do in the game and what the objective is.

At Rainy Frog we re-write all descriptions, often create new game title and logos, re-make the entire trailer and create new banners with the Japanese audience in mind. See some examples of our work here